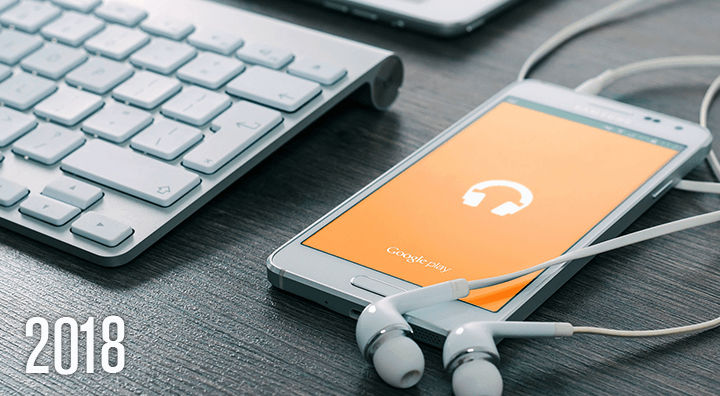 With a new year upon us, here is a look at the current technology landscape and what 2018 may hold for the trends in software. Below is a quick snapshot of what to expect along with a general description of how it is implemented.

Agile software development describes an approach to software development under which requirements and solutions evolve through the collaborative effort of self-organizing cross-functional teams and their customer(s)/end users(s). It advocates adaptive planning, evolutionary development, early delivery, and continuous improvement, and it encourages rapid and flexible response to change.

Application modernization is the refactoring, re-purposing or consolidation of legacy software programming to align it more closely with current business needs.

Augmented reality (AR) is a live direct or indirect view of a physical, real-world environment whose elements are "augmented" by computer-generated perceptual information, ideally across multiple sensory modalities, including visual, auditory, haptic, somatosensory, and olfactory. The overlaid sensory information can be constructive (i.e. additive to the natural environment) or destructive (i.e. masking of the natural environment) and is spatial registered with the physical world such that it is perceived as an immersive aspect of the real environment. In this way, Augmented reality alters one’s current perception of a real world environment, whereas virtual reality replaces the real world environment with a simulated one. Augmented Reality is related to two largely synonymous terms: mixed reality and computer-mediated reality.

Automation can be defined as the technology by which a process or procedure is performed without human assistance. In other words, Automation or automatic control, is the use of various control systems for operating equipment such as machinery, processes in factories, boilers and heat treating ovens, switching on telephone networks, steering and stabilization of ships, aircraft and other applications and vehicles with minimal or reduced human intervention, with some processes have been completely automated.

A blockchain, originally block chain, is a continuously growing list of records, called blocks, which are linked and secured using cryptography. Each block typically contains a hash pointer as a link to a previous block,[6] a timestamp and transaction data. By design, blockchains are inherently resistant to modification of the data. It is "an open, distributed ledger that can record transactions between two parties efficiently and in a verifiable and permanent way". For use as a distributed ledger, a blockchain is typically managed by a peer-to-peer network collectively adhering to a protocol for validating new blocks. Once recorded, the data in any given block cannot be altered retroactively without the alteration of all subsequent blocks, which requires collusion of the network majority.

Cloud computing is an information technology (IT) paradigm that enables ubiquitous access to shared pools of configurable system resources and higher-level services that can be rapidly provisioned with minimal management effort, often over the Internet. Cloud computing relies on sharing of resources to achieve coherence and economy of scale, similar to a utility.

Enterprise software, also known as enterprise application software (EAS), is computer software used to satisfy the needs of an organization rather than individual users. Such organizations include businesses, schools, interest-based user groups, clubs, charities, and governments. Enterprise software is an integral part of a (computer-based) information system.

Machine learning is a field of computer science that gives computers the ability to learn without being explicitly programmed. Arthur Samuel, an American pioneer in the field of computer gaming and artificial intelligence, coined the term "Machine Learning" in 1959 while at IBM. Evolved from the study of pattern recognition and computational learning theory in artificial intelligence, machine learning explores the study and construction of algorithms that can learn from and make predictions on data – such algorithms overcome following strictly static program instructions by making data-driven predictions or decisions,:2 through building a model from sample inputs. Machine learning is employed in a range of computing tasks where designing and programming explicit algorithms with good performance is difficult or infeasible; example applications include email filtering, detection of network intruders or malicious insiders working towards a data breach, optical character recognition (OCR), learning to rank, and computer vision.